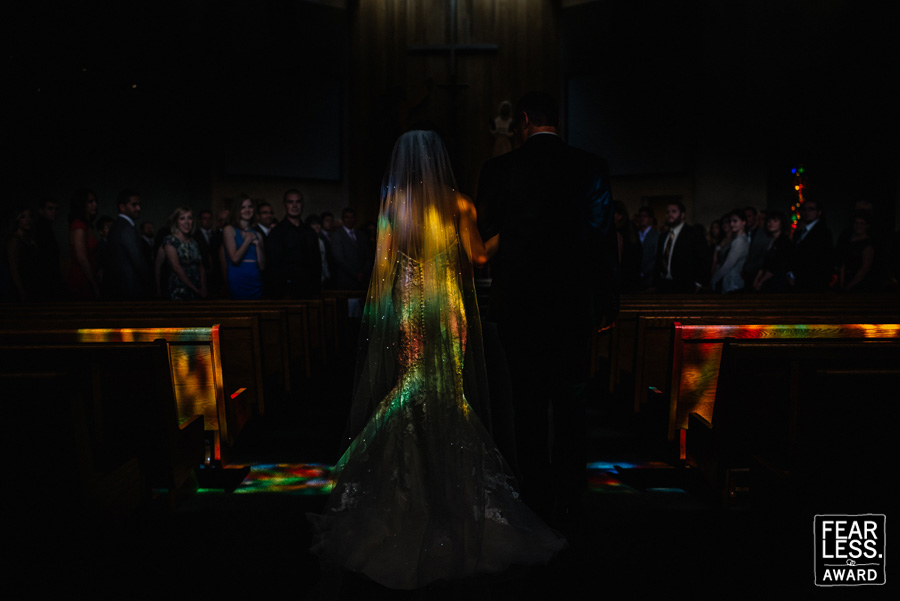 In this dimly lit church, the bride and groom were nearly swallowed in shadow as they made their way up the aisle after the ceremony. What the low light revealed, however, was a sparkling pattern of color through the stained glass windows. The photographer used this opportunity to create an image that looks almost watercolored. 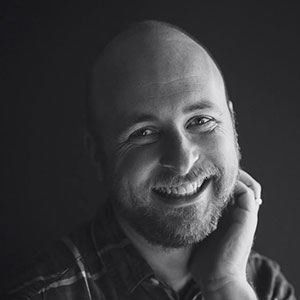