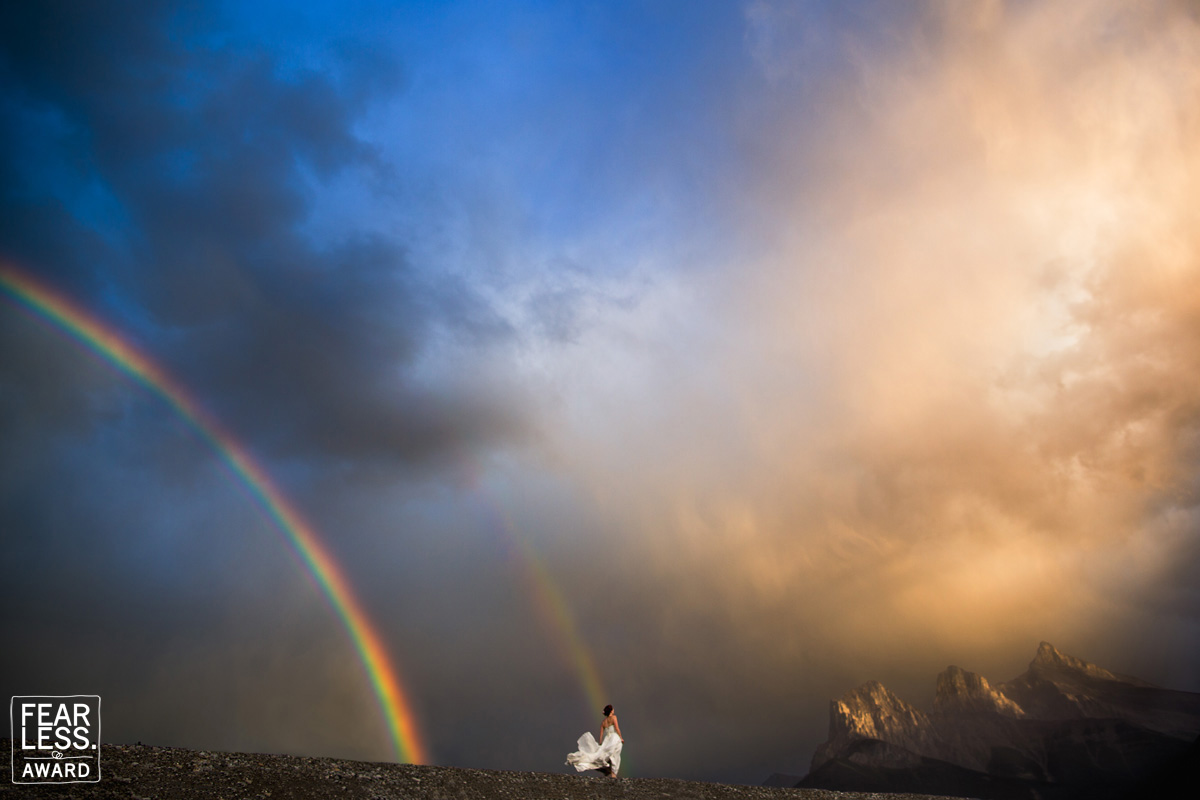 ERIKA MANN (Canmore)
Nature's majesty doesn't get much more profound than this. And what bride wouldn't want to be shown as, literally, the treasure at the end of the rainbow—a double rainbow, no less? As befits the cloudy day and rocky peaks, the wind is kicking up her gown. Since she's small in the frame, this has the added benefit of bringing a little more emphasis to the bride. 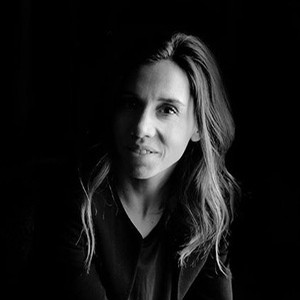